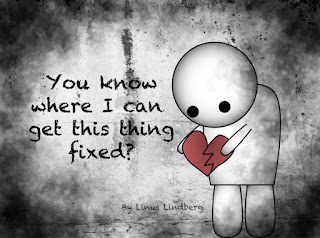 Presently, I have good days and bad days and I have way more good days than bad -  I'm thankful.  For some reason, this weekend was filled with intense dreams of my perpetrators faces placed in different scenes of my present life. The nightmares are exhausting. It's awful to wake your spouse up by shouting out in your sleep. I'm in my head a lot so it's time to vent a bit...

End of May, 2018
A week had passed being at home since my discharge from inpatient treatment and it was time to face Group Therapy. I was scheduled to be assessed and oriented on a Monday.  I was so nervous and so anxious about what would be expected of me. This facility is located in Baton Rouge and I had passed it a million times in my life but never even noticed it. I parked in the wrong lot, grabbed my purse and walked to the office. I immediately started sweating. I entered and was welcomed and I was taken to a private office where a social worker and I had a conversation about why I was there and talked about my recent hospitalization. This conversation lasted just a short while and she decided that I would need to be full time for a while and then I could lesson my days a bit as time went on. I was given a binder and assigned a specific Therapist who would follow my care while I was there. I met with the RN next and she took vitals and a health history. She took a picture of me for my file/chart. It was the first time I saw myself in a picture looking so sad, so worn down and so defeated. A mugshot would have probably looked better. In the frame of mind that I was in, I didn't really care. That was the problem. I had gotten to a place of not caring about myself at all. I was also told that in the next day or two, I would meet with this facilities Psychiatrist. He would manage my medication and follow my case the whole time.

A worker brought me to where I would attend my first group therapy meeting. I entered a room with about 15 chairs formed in a circle (just like you see in the movies and tv). I smelled coffee, saw a computer, a television, an art and music room, a white board, and kleenex boxes placed here and there. Kleenex boxes made me mad. I know that sounds ridiculous but feeling my emotions and crying was a form of weakness to me. It was also extremely terrifying that I was going to have to feel my emotions to get better. So Kleenex = emotions exposed = my abusers were winning. I picked a place to sit and waited for things to begin. In the next few minutes, others arrived and sat down. There were men and women, young and old, people from all walks of life, talkative people, very quiet people, angry people and very sad people. Apparently, I was the only new person that day so I felt like all eyes were on me. I kept my focus on the floor and wished that my chair had an escape door or rabbit-hole like in Alice in Wonderland and it could just drop me to another place.  The session began with an introduction by the particular social worker who was assigned to facilitate "group" that day. We had to go around the room and introduce ourselves and say why we were there. Those of you who know me know that I'm truly not a shy person and I can typically talk to anyone without any problem. But the fact is... when its time to talk about abuse/depression, I want to be mute. I want to hide. I want to avoid the pain.

I survived the intro and sat quietly through the 2 hour session. I was face to face with people who were hurting, people who needed encouragement, people who needed hope and so many people who were lost. I wasn't any different. This was a facility for whomever was suffering from any type of mental illness. It was not specific to sexual abuse. There were other heavy topics discussed with feedback given from the social worker and other patients. It was exhausting. It was frightening. It was eye opening, and I had survived my first day! I remember getting in to my car at the end of the day and wondering how in the world would I EVER be brave enough to tell my story and speak of my pain...to a room full of strangers. I was so beat down, so weak, and so very depressed...and I had to do it again tomorrow. When I got home, all I could do was fall in to bed and I slept for 3 hours straight. My husband was doing the laundry, cooking, working, and taking care of everything while I couldn't do any of that. In those dark times, I could barely even pray. Sometimes it was just His name that I would whisper to myself - Jesus.

I needed strength and hope. I needed to express my anger, shout my feelings out, and release my burdens. I knew what I had to do but I was scared to death to do it. The outside world didn't exist to me like it had before. Friends, work, gym, and anything else I enjoyed felt nonexistent to me. I felt very lonely but didn't let anyone in. My world revolved around my depression - but on the flip side, I didn't really care about myself either. Whew, dark days! 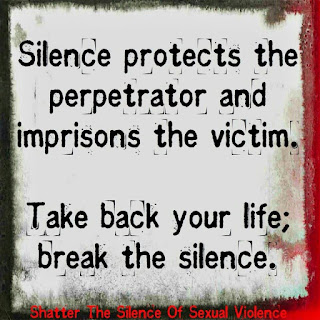 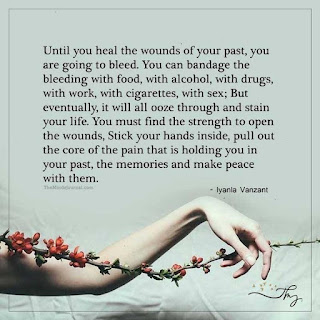